On
the 18th and 19th of September, Hurricane Jeanne and subsequent tropical storms flooded Haiti’s north and northwest. The city of Gonaives, with a population of roughly 200,000 people, was particularly hard hit: floodwaters reached three meters in some places. Coastal Port de Paix town and nearby zones including Chansolme, Gros Morne and Jean Rabel also suffered severe damage and loss. The death toll has exceeded 1,600 and is expected to rise. The massive loss of houses, livestock and crops, will have devastating consequences for Haiti’s already poorest region. The risk of disease is extremely high. Estimates are that at least 130,000 people in Gonaives – and up to 170,000 in the remainder of Artibonite and in Northwest Departments – are severely affected.

Floodwaters are slowly receding and the extent of damage is becoming painfully clear. In and around Gonaives, survivors are dazed and shocked, bodies are being found, and sanitation conditions are horrendous. Regular water sources are contaminated and pose an immediate risk to health. The area’s health services system is badly damaged just as the risk of water-borne epidemics is skyrocketing. Thousands of households have lost everything to floodwaters, and need the most basic survival items, including blankets, water buckets, cooking utensils and shelter materials.

Many of CARE’s own staff and their families are homeless, and have taken shelter at the CARE offices in Gonaives, and one dedicated colleague drowned while trying to rescue others from the floods.

Devastated communities and the government of Haiti have turned to CARE to provide a quick and effective emergency response in Gonaives and the surrounding Northwest and Artibonite departments. And in spite of their own loss and trauma – and the extreme logistical difficulties posed by damaged transport and communications infrastructure – CARE workers in Gonaives are mounting that response.

Since September 22, CARE has carried out general distributions of food and water in Gonaives as circumstances allow: in addition to the logistical difficulties of managing distribution sites in the midst of the flood’s aftermath, our own staff are recovering from flood-induced losses, and insecurity and crowd violence have been a severely limiting factor. In coordination with United Nations peacekeepers, CARE has distributed more than 1,000 metric tons of food, including bulgar wheat, rice, cooking oil, and lentils, to 160,000 people in Gonaives. And together with Action Contre la Faim, International Committee of the Red Cross, and Oxfam, we continue to provide about 40,000 gallons of water a day at 15 water kiosks throughout the city.

We are also moving nonfood items – blankets, water buckets, shelter materials and more – from Port au Prince over damaged roads and through landslides to Gonaives. The road approaching Gonaives is flooded and remains treacherous, yet shipments are steadily making their way to CARE’s warehouse for distribution.

CARE’s immediate future plans in Gonaives include distribution of nonfood items, support to the education and health sectors, and ongoing general water and food distribution that will segue to targeted feeding of the most vulnerable groups from October 15th forward. To support these efforts, CARE seeks $3.6 million to meet the immediate needs of northwest Haiti’s flood victims, including a minimum three-month supply of food, clean water and rehabilitation of water sources, and urgent household items as described above. We are negotiating grants for a total of $2.6 million dollars from large-sum donors including the European Union, the U.S. and Canadian governments. We seek to fill the $1 million shortfall through the generosity of American individuals, associations and foundations.

Until Hurricane Jeanne struck, CARE’s major priority in Haiti was helping northwest residents cope with severe drought while they (and communities in Grande Anse and West departments where CARE also works) continued to build their livelihood security and overcome deeply entrenched poverty via, in part, CARE’s long-term development programs in education, health, agriculture and environmental recovery.

Today as in 1954 when we launched our first emergency response program in Haiti, CARE is committed to helping Haitians overcome the recurrent, vicious cycle of economic decline, environmental degradation, natural disasters and political instability that prevent them from developing their full human potential.

“I lost my books,” Djery says solemnly, recounting what happened that terrible night a week ago, when the floods came. It’s the first thing the intent, articulate boy of 14 mentions. “Our house was crushed, we lost everything,” he adds, almost as an afterthought.

Djery Gustave is supposed to be an eighth-grader, but there’s no school here in Gonaives. Like everything else, it’s come to a standstill in the wake of the devastating floods that have left tens of thousands of people homeless and coated most of the city in thick mud.

Djery has taken shelter at a church, the Eglise de Dieu Union Chrétienne, along with his two brothers, two sisters, and his mother, Marie-Lourdes. They’re among 1,000 people who sleep here every night. Many return to their mud-swamped homes during the day, to try to salvage anything they can. They are tired, hungry and in despair.

CARE Haiti food management worker Ronald Ledix assures Djery and the others that as soon as he gets back to headquarters he will arrange for food to be delivered here. Working with local partners, CARE is providing 15 days’ ration to people in shelters, as well as fortified wheat, lentils, beans and water at distribution points around the city.

Djery brightens up at the visit, and is glad to share his story. Not much happens here, and the days are long.

“We sleep here. During the day, sometimes we play ball.” He holds up a dirty green balloon that looks as deflated as the hopes of the people here. “We have a few toys, too,” he remarks in a voice that seems too grown-up for such matters.

CARE thanks you for your consideration of support for our efforts to assist Djery and others like him who have lost their homes and assets. 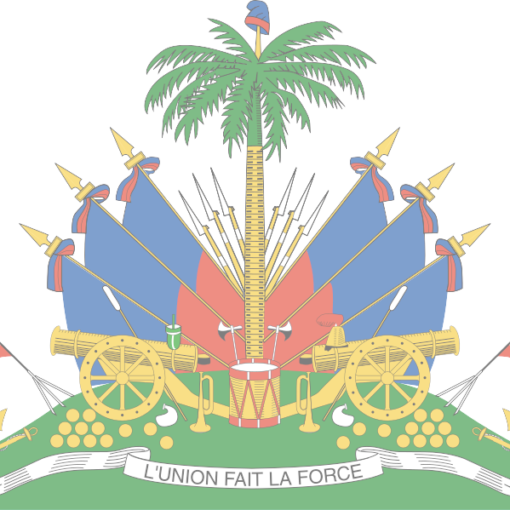 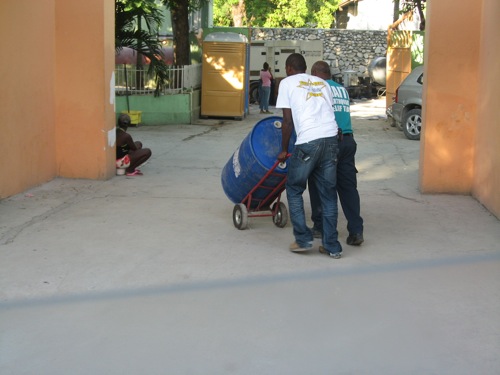